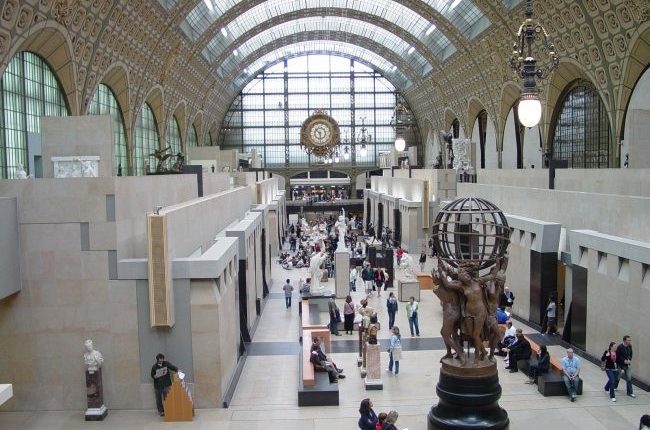 Are you an artist? Or do you love art? Or do you have the cravings to know about the best artworks around the world? Then there is definitely a checklist for you. Here are some places one shouldn’t miss especially if the person is intoart:

This museum is located in the very heart of Paris. It became a museum almost two hundred years ago and before that it used to be a fortress for hundreds of years from the 12th century onwards. It tops the list regarding popularity, space and age.

The attractions are several and there are numerous priceless artworks divided in eight sections covering from the era of Ancient Egypt to Romantic Period. However the main attraction of the museum is obviously Vinci’s legendary painting Mona Lisa.

Founded in 1759, this is one of world’s most visited museums. It has the biggest number of artefacts(8 million) ranging from human history to culture. One the one hand it hosts artworks by renowned artists like Van Gogh, Michelangelo; and on the other there are several artefacts embedded with history like Rosetta Stone.

Thus the British Museum is no doubt one of the most well known and most reputed museum around the world and of course a dream destination for art lovers.

Being previously a papal palace, the Vatican Museum is hosting the museum since 1506 and is definitely the oldest. It houses more than seventy thousand artefacts divided into twenty-two sections. All these collections are unique and individual by nature and equally astonishing.

Several such sections include the Raphael Rooms, which consists whole lot of rooms full of Raphael’s works; the collection of paintings from the Medieval and Renaissance period and the Sistine Chapel by Michelangelo.

Popularly known as The Met, this museum is housing more than two million artworks since 1872 and is one of the most visited museums on this planet. There are seventeen curatorial sections and the artefacts are divided among them.

There is a breathtaking collection of paintings from Europe. Botticelli, Rembrandt, Vermeer, Degas, Rodin are few names worth mentioning. Apart from these there are one American section full of artefacts and also a section devoted to Egypt.

Surely, there can be no such list which may rank these dream destinations of art lovers. However, this can work as a basic checklist if you are clueless about the iconic art works and where they are being kept held. So, the wait is over. Stop reading and start exploring.