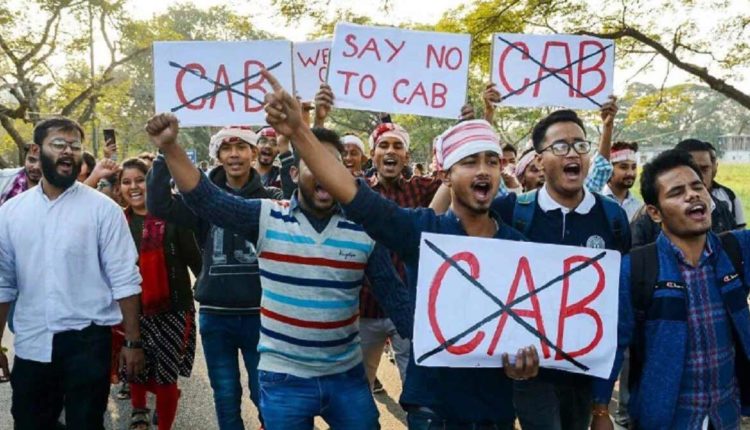 Latest updates regarding CAA protests in the state of West Bengal

The 2019 Citizenship Amendment Act of the Indian Parliament which claims to provide a way to Indian citizenship for the religious minorities from Afganistan, Bangladesh, and Pakistan. After this Act was passed on 10th December, 2019, there has been wide criticism and severe unrest in different states. The main reason behind protests is that the bill explicitly names the religious minorities in India and they are Buddhists, Parsis, Hindus, Jains, Sikhs, and Christians, thus marginalizing Muslims.

Protesters clearly view this as a violation of the ‘secular’ nature of the Indian Constitution. Thousands of Indian scholars and scientists have signed a petition to oppose the bill. The United States Commission on International Religious Freedom also considers this Act as derogatory.

As massive protests are going on in different states, the situation in West Bengal is no better. The residents of West Bengal have seen multiple incidents of vandalisation, arson and brutality against policemen in the last few days as a reaction against CAA. Secular groups and Muslim residents have raised their voice against religious discrimination.

Agitators have set fire to bus tyres, blocked thoroughfares and staged sit-ins on the highways in places like East Midnapore and Murshidabad, increasing inconvenience for commuters. Several trains were subject to delay or cancellation due to the ongoing situation.

However, Mamata Banerjee, the Chief Minister of the state has assured the inhabitants that she will never allow CAA and NCR in Bengal. She was seen leading a protest rally on Monday and thousands of people joined her in this 4 km protest rally. The TMC supremo commenced their protest walk from Red Road and ended it at the residence of Rabindranath Tagore at Jorasakho Thakur Bari. She continued the rally three consecutive days, assuring Muslims living in West Bengal to feel positive and safe.

To quote Banerjee, “We will never allow NCR and CAA in Bengal. No one will be ousted from the state. We believe in coexistence of all religions, caste and creed.” She further added that “All of us are citizens of this country, no one can take that away from us.” In the words of Governor Jagdeep Dhankhar, such rallies are “inflammatory” and “unconstitutional”.

Amidst all these, people have witnessed a bizarre incident in West Bengal’s North 24 Parganas where protesters prepared biriyani in massive utensils on a blocked road. Eye witnesses report that men chopped potatoes, tomatoes and onions and actually prepared biriyani on that blocked road. Since Sunday, the National Highway remains blocked followed by large-scale protests against the disputable CAA (Citizenship Amendment Act).

On Sunday night, few police personnel were attacked and injured by agitators in Uluberia. Violence and loot stories have become common in Birbhum and Nadia as well. Probably, it is only in Assam that the law and order has improved. However, night curfew is still going on Guwahati.