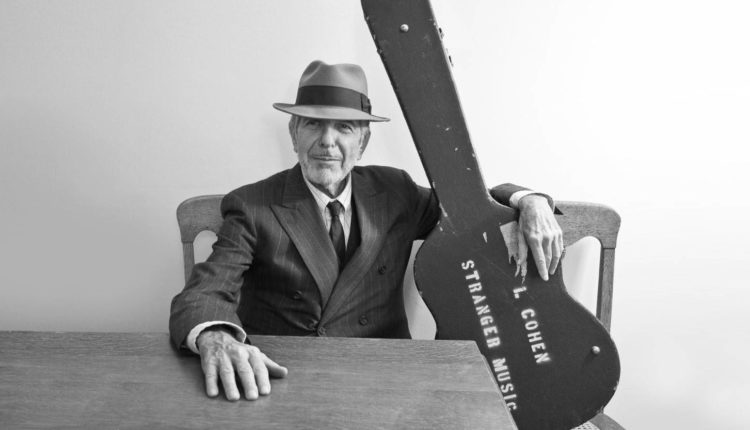 Cohen is not just a name but this name signifies emotion. Emotions like love, lust, faith have been painted by Leonard Cohen for the past decades. Even though the prophet left this planet in November 2016, the magic remains. Falling in love, faith, the taste of betrayal- these emotions are still incomplete without humming his songs. So here is a select list for Cohen fans:

This song was primarily a poem, published in 1966. Judy Collins recorded it shortly afterwards. The Suzanne of the poem is not mere imagination at all. However, the real life Suzanne of Cohen’s life was committed to another man; culminating in a platonic relationship with the poet. So, unlike the song he really had to “touch her perfect body with his mind”.

This lyric of this song has so many layers in it and the appeal is supreme mainly because of the lyrics and easy melody accompanying it.

Best things struggle most. Same goes true for Cohen’s Hallelujah. He had eighty drafts of the song and even after that the song had been turned down by the record company. The song was recorded eventually and turned into a sensation afterwards. There are almost 300 versions of cover available for the song and each of them are famous.

The reason of madness for this post modern hymn is probably because everyone can relate to the verse. This is why over the years Hallelujah has become almost synonymous with Cohen’s name.

Love, hatred, regret- if all these emotions could get a shelter somewhere together maybe it is only Cohen’s “Famous Blue Raincoat” that would host them all. This song is exhausting if the emotional aspect would be considered; for the verse connects the listener to the pain embedded in it.

Written in the form of a letter, this song draws its inspiration from an accident of theft of a raincoat. The poet, however, was never fully satisfied with the lyrics no matter how it had captivated the listeners over the years.

This is Cohen’s one of the most famous songs and the reason is pretty obvious- the constant presence of the real life Marianne in his life for almost a decade. She was the muse for many of his songs even though she was married to another man. However, their mutual love and attraction kept them connected throughout their lives.

The song got released in 1967 and paints a dilemma of the songwriter stuck between the love of a woman and his cravings to wander.

Bird on the Wire

The world of Cohen deals with the grey areas and his songs are always carrying with them a note of uncertainty. “Bird on the Wire” is one of those rarest gems which are transparent and straightforward. The reason might be the fact that this song comes out of his long span of depression. As a result it is the brightest and bravest composition of Cohen of all time.

The list of Cohen never ends. So, these are just a small must listen list for the Cohen devotees.

A Checklist for Romantic Movie Lovers

How Loud Noise Can Affect Your Wellbeing